I’ve been poring over this paper on the economic structures of various social networking sites. It’s actually really interesting how the reciprocal economy on Twitter (Follow Friday, Follow Back, etc…) contrasts with market economic systems like Quora’s credit system, Reddit’s upvotes, and others.

And the range of economies on social networking sites - LinkedIn, Facebook, StackOverflow, et al - is really staggering once you start looking for them through the lens of economic systems.

This illustration is ugly as sin, but it’s illustrative of an interesting relationship; people on Twitter suspiciously stick close to the 1:1 ratio all the way along the “status count” axis, meaning that if you’re new to Twitter or an old veteran with 5000+ posts, you’re more likely to follow exactly as many people as follow you than anything else.

A pretty picture will be forthcoming. I need to work on making this programmatic. Do I want to do it in R or Python? Input might be welcome. 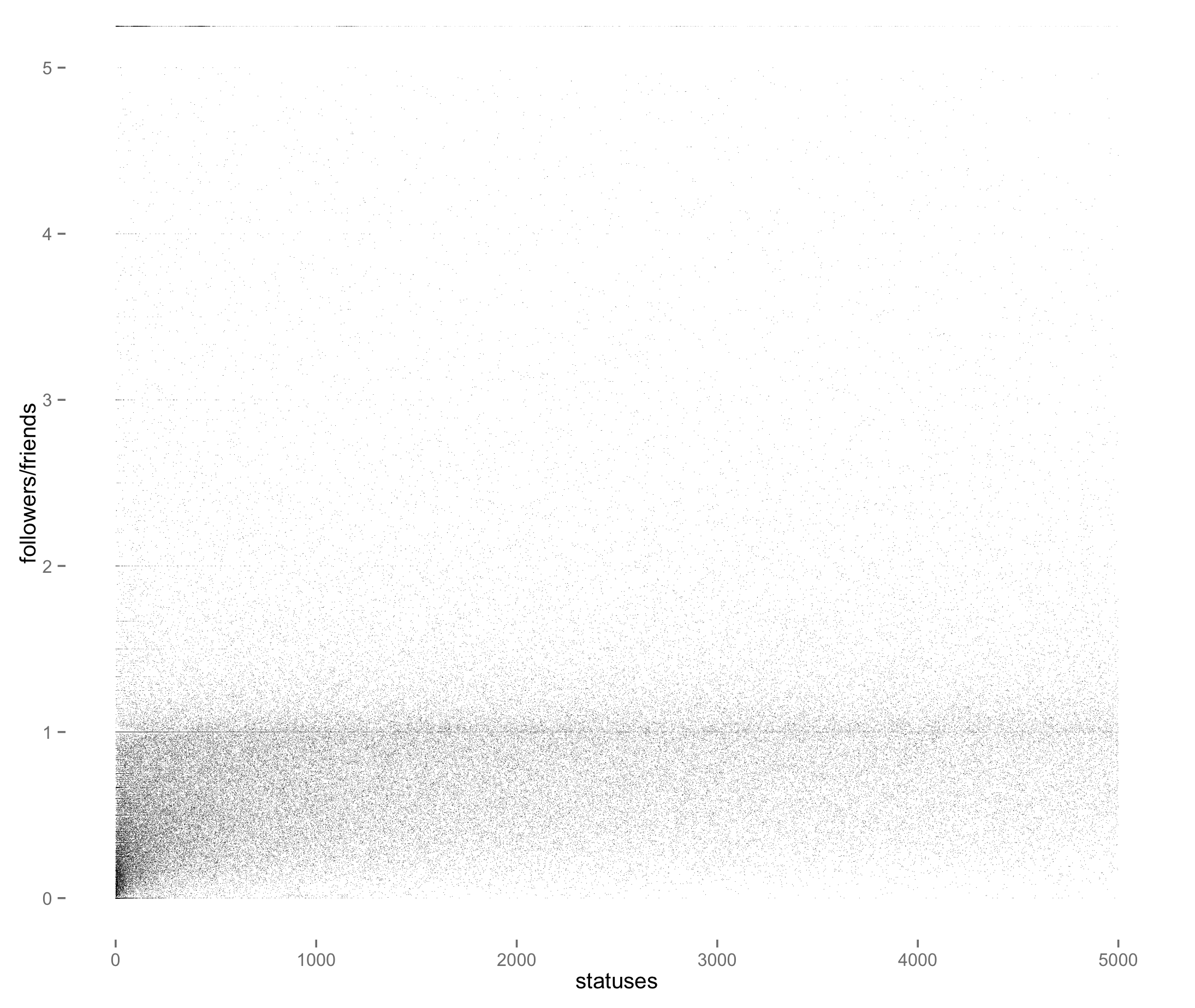