This quarter I’ve been working with a small group of students, trying to get a better handle on the transfer rates at Foothill College within specific majors, GPA brackets, etc…

I’m afraid we didn’t make any groundbreaking discoveries, but we validated much of the work we were seeing up until our study, and we were able to make a few cool insights. 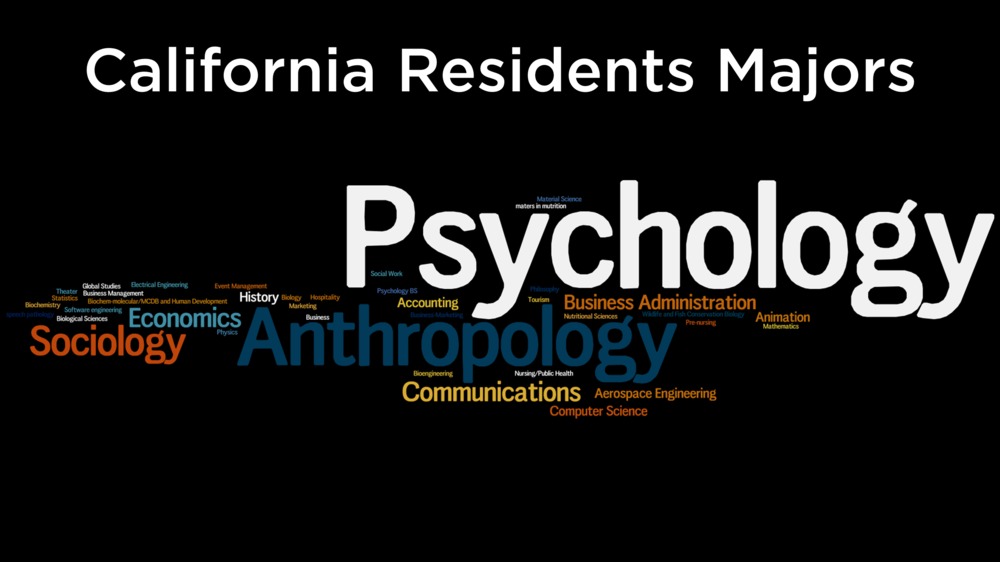 and here we see the non-California resident majors (a significant minority of students at Foothill are from Hong Kong, elsewhere in Asia, and Europe): 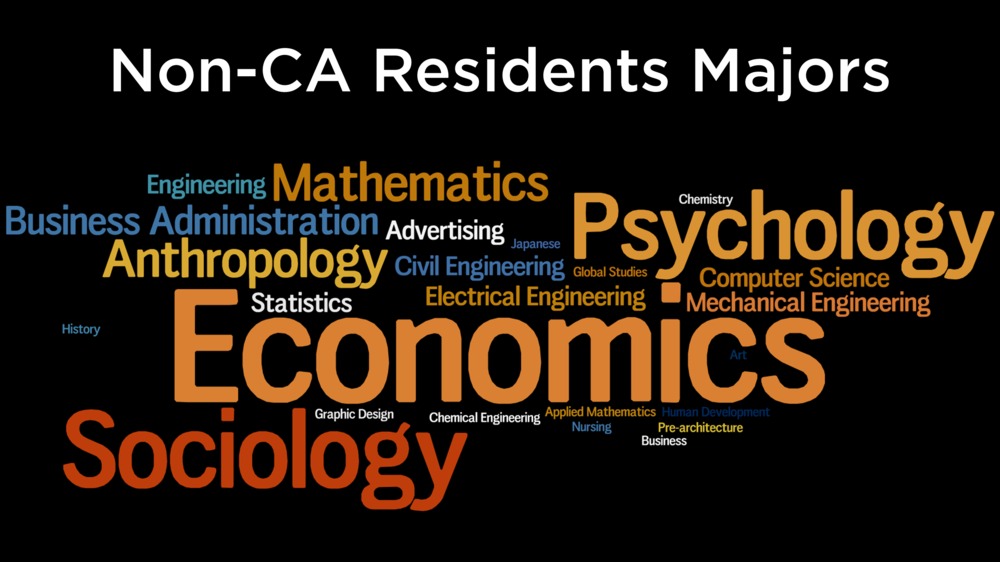 Unsurprisingly, we found that Foothill was doing better than average in terms of admissions to UCs, but the UC stats page only gives transfer statistics as recent as 2009 (and most of the data is actually from 2008 at latest), which is 3-4 years out of touch with reality. We did a comparison of current transfer rates from our sample at Foothill compared to population transfer rates from 2009 and we did better by that comparison, but it’s apples to oranges. I suspect that the acceptance rates at these UCs have dropped significantly since 2008/2009, so what’s most frustrating about this entire thing is that if we only had current data, we could make an even more compelling case that Foothill is above average. As it stands, we only look marginally better: 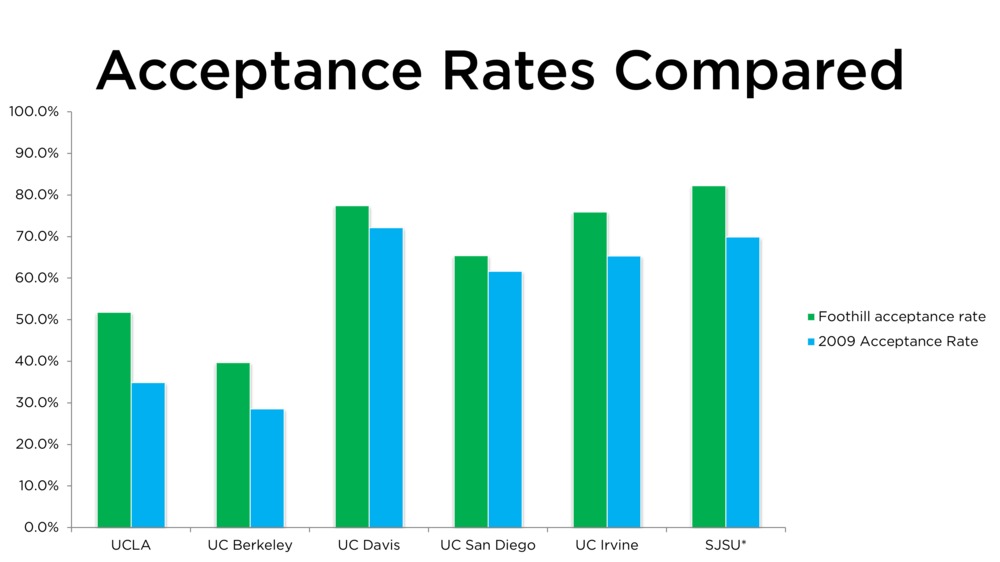 It’s still cool being able to quantify what we were confident about in the first place. This is pretty cool.

It’s unfortunate nothing will come of all this long-term, but whatever. I’ve done what I can, and I’ll pass this stuff along to people with some authority to follow up on this stuff. That’s really the best I can do to ensure anything long-term at a place where most students are gone within 2 years.

Now I need to focus on a few Psych papers which I’ve been neglecting for the past several weeks. Fun.