I spent way too much time making this stupid lab look right (and don’t get me wrong, it looks great and accounts for nearly every stupid little thing someone could possibly think up), and I realized that I got a higher grade on a proposal I turned in for another class, meaning I actually could have gotten an A in it when before I thought it would take a miracle to accomplish.

So I turned in a bizarre crazy essay (basically the equivalent of a gambit) for that latter class, which may not be received well.

And I find myself tweaking my stupid simple site so much that you’d really think I was obsessive or something. Hah.

Every CS student who finally completes their derivative Othello/Reversi game is unbelievably proud of themselves after finishing it, and I’m no different. Look at it, isn’t it great? I don’t care that the new game dialog window persists when you start the game. I’m pretty sure that like 10% of the class cheated so the fact that I have an academically honest, fully functional program seems like grad student level work.

In fact, maybe it stands a little higher than graduate level work, apparently. 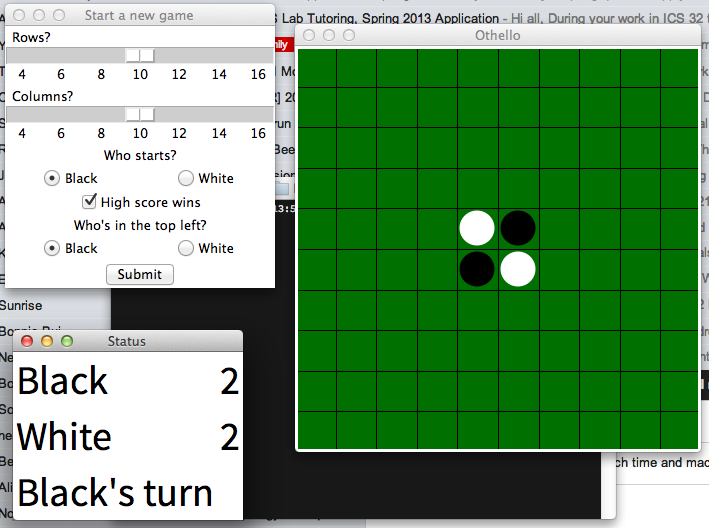